Yesterday one of my fellow 2014 vExperts mentioned me in a tweet, I received vExpert 2015 status! That was a great way to finish the day, thanks Niels for the mention!
For me it's the second year in a row I have been awarded the vExpert status. When I received it the first time I didn't really understand what it was all about, I just liked to be active in the VMware community and blog about all I find interesting within the world of virtualisation and cloud computing. But having vExpert status does really open doors for you, entering beta programs, pre-release webinars and briefings, NFR licenses and most important a lot of colleague vExperts. Especially those vExperts and also the whole VMware community is what it is all about, it's great to get recognised for your contribution to this community.

I’m thankful to be awarded the vExpert award in 2015. The VMware vExpert program acknowledges the people within the community that have contributed into evangelising virtualization as whole. It feels great to be part of that group and in my day to day role as Consultant as well as my role as blogger I will hopefully be able continue to contribute to the community.

For a complete list of vExperts 2015 please checkout the following link:
http://blogs.vmware.com/vmtn/2015/02/vexpert-2014-announcement-2.html

Most people in the Virtualization industry already knew, today was the day of the big VMware event. There was enough speculation about what VMware would be revealing, but generally most rumors were telling vSphere 6 (or vSphere next). The rumors were right, VMware launched vSphere 6 today.

So why does VMware call this the biggest launch in VMware history? 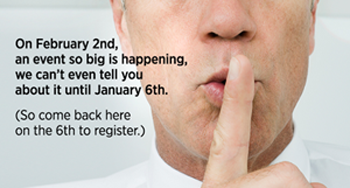 Well let's first look at the highlights of vSphere 6 and after we take a quick look under the covers of vSphere 6.

With the new release VMware is focusing more and more on vCenter as a virtual appliance, no longer the appliance is in any way inferior to the Windows based vCenter. Both have the same maximums, although Vmware Update Manager is embedded within the vCenter virtual appliance (vCSA) a separate Windows (virtual) server is still needed for this component.
New to the vCSA is a guided installer, instead of getting a OVF file from the vCenter installer ISO and importing it in your vSphere environment it now get's a separate ISO and a more wizard like deployment.
For most deployments and customers, I think that the vCSA is the way to go from now on. Easier to deploy and no reboots regarding Microsoft security patches and updates. More secure and build-in upgrade/patch functionality. Although there will still be some doubt around troubleshooting vCenter as a virtual appliance, in addition there are also some vSphere features not integrated in the vCSA (yet).

In addition to the already existing reservations for CPU and Memory, vSphere 6 introduces Storage IO Controls this supports per VM reservations for Storage. With this you can set reservation in IOPS per VM, in other words a guaranteed minimum in IOPS.

Now the feature everybody was waiting for (I know I was), Virtual Volumes ( VVol). During the last couple of VMworlds VMware has been very busy promoting and explaining what VVol is about and why we need it. There is already so much information published around VVol, please checkout this blog post of Cormac Hogan is want to read up on it, that I will spare you the details. VVols is VMwares' way of making (existing) SAN/NAS systems VM-aware. The granularity of the current storage systems is mostly at LUN level, with VVol this is brought down to VM level. Every VM is comprised out of a minimum of 3 files, VMX (VM configuration), VMDK (hard disk file) and a swap file. With VVol each of these files becomes a separate volume a VVol.
A VMware product already leveraging VVol is VSAN (Virtual SAN); this has been fun testing during the Beta program. The most important points I found exploring VSAN, it is simple to configure and manage. On top of that, depending on the hardware, it's incredibly high performance. Another new addition in the storage area is the introduction of NFSv4.1 support (with Kerberos).

The next important enhancement is around vMotion, possibly one of the most "famous" vSphere features. Up until this new release of vSphere, vMotion was bound within a vCenter, or actually bound within a logical datacenter object. With the new release this is no longer the case, you could almost state that you now can vMotion across anything. Being able to vMotion across different vCenters and long distance vMotion, which will work up to 100 ms RTT are the two enhancements most important to me as most of the customers I work with have multi site environments. With these enhancements multi-site load balancing and "follow the sun" principles become possible.

Other enhancements around availability are, vSphere FT is going SMP. Fault Tolerant is now able to protect VMs with up to 4 vCPUs. vSphere Replication is also enhanced and it will now support replication up to 2000 VMs per vCenter.

The biggest complaint about vSphere 5.X was without doubt the web client, the look and feel of it was not good, performance was even worse. Along the vSphere 5.X versions it got better, but still not good enough for VM admins to stop using the C# client. To no surprise the web client has gotten a lot of enhancements on the performance part, login, action menus, page loading time, they all have been improved. Also an important enhancement is that the home screen layout looks again like the C# client, the recent tasks pane is back to the location it belongs, at the bottom center of the screen. Also all menus are flattened for quicker access to all menu actions.

Next to the enhancements there are also some new features added to vCenter, the most important in my opinion is the Content Library. This is basically a place where you can effectively manage all your VM templates, vApps and ISOs. The content can then be synchronized / replicated across sites and or vCenters.
One new feature that is added, will be greatly appreciated by anyone who ever had to manually replace all SSL certificates across their vSphere environment(s). The CLI interface called VMware Certificate Lifecycle Management, is going to be the way of managing both VMware and 3rd party certificates.

One of the most important differences, in my opinion between vCenter in vSphere 6 compared to vCenter in vSphere 5.5 is the components it is comprised from. With the introduction of vSphere 5.1 we got SSO (Single Sign On), Inventory Service and Web Client as additional components that you could install on separate (virtual) servers next to vCenter itself. With 5.1 the general advice was to use a separate server for each of these components, especially in large enterprise environments to keep up  performance and scalability. With vSphere 5.5 this advice was replaced with "keep the components together as much as you possibly can". Also the SSO component was rewritten,  now with vSphere 6 all known components have been replaced. vCenter is now comprised out of only two main components, Management (vCenter server) and Platform Services Controller (PSC). This is similar for both versions (VCSA and Windows based). The management part handles vSphere management, Infrastructure monitoring and management and API's. And the PSC handles SSO, Licensing, Certificate Management (VMCA) and Identity Management.
And more important, the installation or deployment options have become a lot simpler. You either install both components on 1 (virtual) Windows server (embedded node option) or you install the components on separate servers (individual node option). The same options are available for the vCSA. For now the general rule is to use the embedded option for standard vSphere environments. For more complex environments, which consists of more then one SSO enabled solution (example: vRealize Automation Center) and/or future need to do PSC replication across sites use the individual node deployment.